Beck is a Sculptor of realism Limited Edition bronze sculpture and pure silver sculptures; cast in very small limited editions with minute detail and the highest quality of bronze or silver castings making them more valuable and most desirable for the serious art collector and investor alike.
Home » Bronze Sculptor 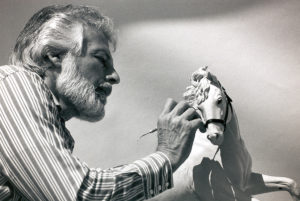 Bronze Sculptor Don Beck putting finishing touches on one of his horse sculptures.

Bronze sculpture artist DON BECK, born of Italian descent in 1943, was raised in Northern California and currently has his residence and bronze sculptors studio in Historic gold mining area of Baker City in northeastern Oregon.  After giving his life to the Lord in 1976 and seeking the Lord’s will for his life and future, Don was led to become a bronze sculptor in 1982.

Upon graduating high school and marrying his wife, Charlotte, Don spent 15 years working as a Construction Field Office Manager in the underground construction field for the largest utility company in California, all the while they were raising two wonderful daughters and living on their horse ranch in Loomis, California near Sacramento. It was during this time that Don was feeling more and more unfulfilled in his work, and in 1976 Don was led to make the decision to commit his life to the Lord. Don quit his job, they sold their livestock and ranch. By Faith, as the Lord led they traveled in search of their horse ranch due to his love for horses and their love for ranch life following the Vision the LORD had given to Don and their new beginnings (for which one of his sculptures is titled); all the while asking and trusting the Lord to lead them to whatever His will was for their lives and assignment.

New Beginnings with Faith in GOD

In summer of 1978 Don and his family were led to spend over two years serving the Lord at Kidder Creek Orchard Christian Camp in Northern California. As volunteers they worked in building construction, installation of water systems and maintenance at the camp’s Apple orchard, youth camps and working with horses and sheep; while all the time spending time in the Word daily and growing in their new found faith as born again Christians, True Believers in Jesus the Christ. Then in December 1981 they were led by the Lord in a Vision to move on after the Lord had told Don and his wife separately to go to Joseph, Oregon. At which time Don became an Inventor and a Goldsmith, designing and creating one-of-a-kind gold nugget jewelry at their new location in Joseph, Oregon in search of the Ranch Vision which now included the desire for a Youth Ministry Horse Ranch when the Lord had led them to Northeastern Oregon.

Preciseness with close attention to minute Detail, Authenticity and Quality are his main objectives for each new sculpture he creates 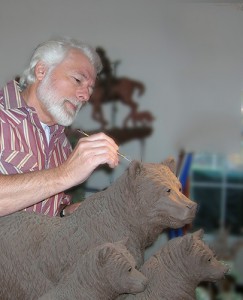 Sculptor in his sculpture studio putting finishing touches on one of his bronze sculptures.

It was during this time in 1982 that a bronze art casting foundry opened their doors in Joseph, Oregon. At the encouragement of a well known bronze sculptor and Art Casting foundry manager Don began creating wildlife belt buckles cast in bronze and was then encouraged by the foundry owner and well known bronze sculptors to begin sculpting and creating bronze sculptures. Don purchased some wax and has since pursued his career as a bronze sculptor and enjoys his new life as a sculptor. Beck’s sculpture subjects to date include western, equine, horses, dogs, American and African wildlife, marine life, historic, contemporary and portrait bronzes. Preciseness with close attention to minute Detail, Authenticity and Quality are his main objectives for each new sculpture he creates. From the very moment the Lord led Don to the bronze media, he knew in his heart that being a bronze sculptor was the Lord’s will for him. Being reminded of the time when he was a young boy and how he used to ride his bike around the town square, in the small Northern California coastal town of Arcata, where he grew up, and how he always pondered a bronze monument statue of President McKinley in the center of the town square and wishing that he could one day be able to create such statues; not being aware that one day he would be led to accomplish his childhood dreams and create bronze sculptures not only of people but of many subjects. “God is good and gives us our hearts desires,” says Beck. His future goals include monumental sculpture and vision of the building of his own Bronze Museum complex with onsite Outdoor Monumental Sculpture Park as mentioned herein under “Investment opportunity”. 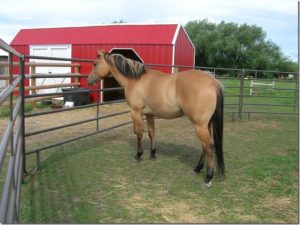 While pursuing his career as a bronze sculptor in 1988 Don spent over 5 years volunteering on his friend and neighbor Clarence Dudley’s Percheron Draft Horse Ranch (Siskiyou Percherons) in Etna, CA. Learning the breeding, foaling and training of these magnificent horses as well as the American Quarter Horse furthered his equine experience and his greatest passion, his desire for their horse ranch, as well as giving him the added hands on research for his sculpting career; experience of caring and working with the stallions, mares and imprinting the foals enables him to capture the anatomy with minute detail as well as the spirit of his subjects.

Sculptor, Don Beck with his horse, Uno saddled up for a day ride.

Beck is a self-taught perfectionist and feels that his talent as a bronze Sculptor is a gift from God.   It is his soul’s desire that each new sculpture will be his very best work. Much time is under taken in extensive research of each work prior to starting and during creation to insure exact detail and authenticity, capturing life-like qualities and even the spirit of his subjects. Beck’s love for horses, dogs and animal life of any and all species, including people can be seen in his work (very realistic and life-like).

If you have a memory of a special moment, of a child, adult, pet dog or horse, that you would like to capture in bronze or other cast metals, please feel free to call and discuss your idea for a sculpture of any size; table top or garden inspirations to monumental sculpture or statue. 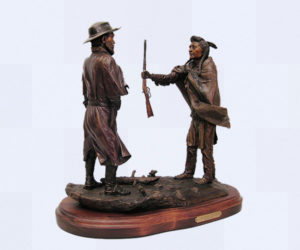 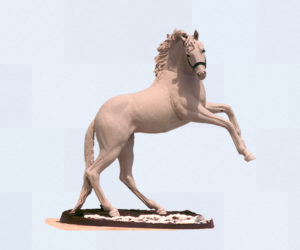 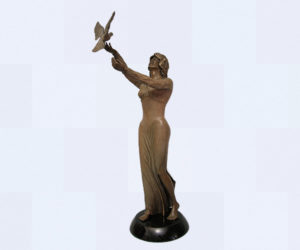 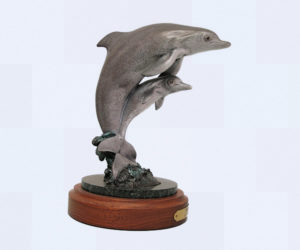 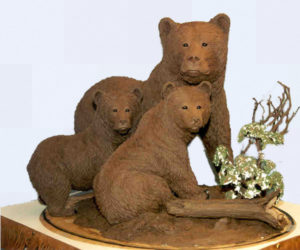 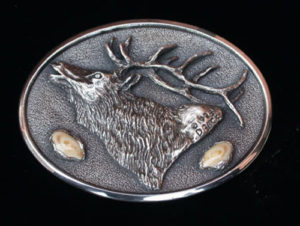 © 2021 Don Beck Bronzes – Website Design by Off The Wall Media